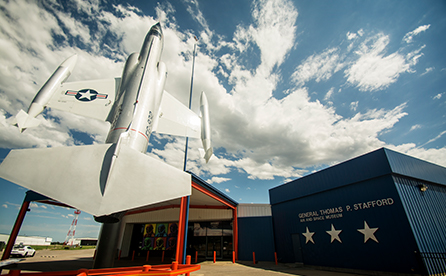 The Stafford Air & Space Museum began with a simple display case in the Weatherford Airport terminal and has grown to become one of the premier educational attractions in western Oklahoma! The museum has worked closely with the Smithsonian Institution, NASA, and the U.S. Air Force Museum to assemble one of the finest collections of aerospace artifacts in the central United States.

The Stafford Air & Space Museum is named in honor of famed test pilot and astronaut Lt. General Thomas P. Stafford. Stafford was born in 1930 and raised in Weatherford, OK. His mother came to Oklahoma in a covered wagon and lived to see her only child fly to the moon. Stafford was selected by NASA in the second group of astronauts in 1962. He would fly four historic space missions (Gemini 6, Gemini 9, Apollo 10, and Apollo-Soyuz), three of them as mission Commander. For his efforts as Joint Commander of the U.S. and Soviet Apollo-Soyuz mission, Stafford received a Nobel Peace Prize nomination. Stafford is the recipient of many prestigious awards, including the Presidential Medal of Freedom, the Congressional Space Medal of Honor, the NASA Distinguished Service Medal, and the Oklahoma Aviator of the Century award.

Named a Smithsonian Affiliate in 2011, the museum houses over an acre of exhibits under roof and showcases thousands of items representing the evolution of aviation and spaceflight. Examples include a ten-story Titan II rocket, actual space suits (including Stafford’s flown Apollo 10 pressure suit), an Apollo Command and Service Module, plus one of the most impressive collections of rocket engines in the world. Highlights are a gigantic F-1 from the Saturn V, a flown Shuttle Main Engine, and a flown segment of a Shuttle Solid Rocket Booster you can walk through. Aircraft displays include an actual Sop with Pup, F-86, F-104, T-33, T-38, F-16, and a rare MIG-21. Full-scale replicas of the Wright Flyer, Bleriot and Spirit of St. Louis can also be viewed.

The museum’s newest outdoor display has already become an iconic monument for the region.  Situated just outside the museum’s front entrance, one of the most revolutionary aircraft ever built, the Lockheed F-104 “Starfighter,” now points majestically six stories straight up into the sky! 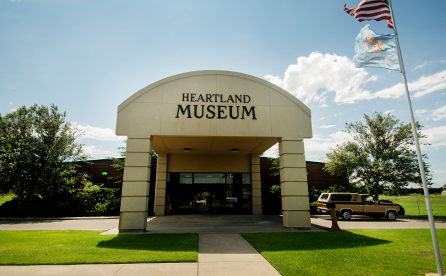 Get a dose of local artifacts from the late 1800’s through the 1950’s when you visit the Heartland Museum. Located in the SE edge of Weatherford and visible from I-49, you can see over 32 historical exhibits here, including four theme buildings. A 1931 Ford Model A three-speed Sports Coupe kicks off the tour, but there's plenty more to see when you stop by today! 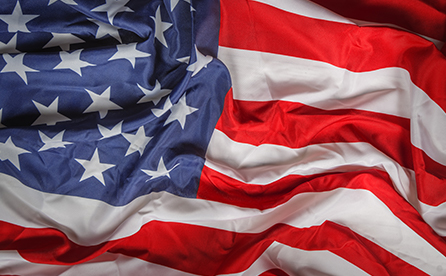 The War Memorial was dedicated on July 4, 1993 as a tribute to Custer County soldiers that fought in the Civil War, WWI, WWII, Korea and Vietnam. Erected in beautiful Heritage Park, the three-stone monument is sponsored by the county VFW and situated just across from City Hall, making it easy to find and access. Learn about Oklahoman history and view the Memorial Tree when you’re in Weatherford! 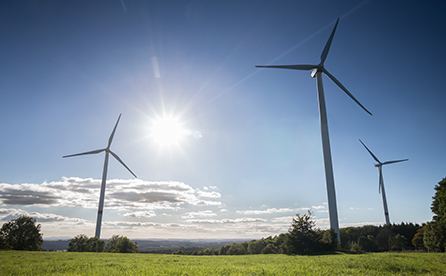 The city of Weatherford is home to the largest wind generator in North America! Visible from I-40 and located just across from City Hall, this wind farm features a 122 foot wind turbine blade you have to see to believe! Founded in 2005, there are over 5,000 acres with plans to expand to as many as 98 wind turbines in the future. This would have the ability to generate enough power for 44,000 homes! Over 95 percent of their energy comes from clean or renewable sources, making Weatherford a clean energy leader. This cutting-edge attraction is an absolute must-see! 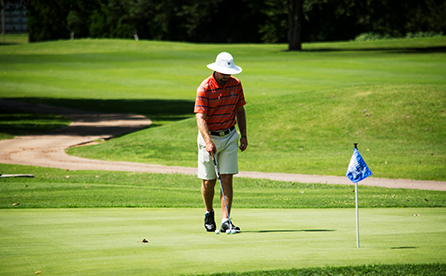 Opened in 1971, this 18-hole, 6,747 s.f. golf course is a fun challenge for people of all skill levels. Located at 3500 N Lyle Road, NE of Weatherford, the course features a driving range and the Ward Maynard Short Game Practice Facility, which includes a putting green, a sand trap, and a large area for chipping practice. Surrounded by natural beauty and tree-lined fairways, this is a course you need to see while you’re in OK. You can also rent the Club Room for meetings or private events, so keep Prairie West Golf Club in mind for your next  get-together!